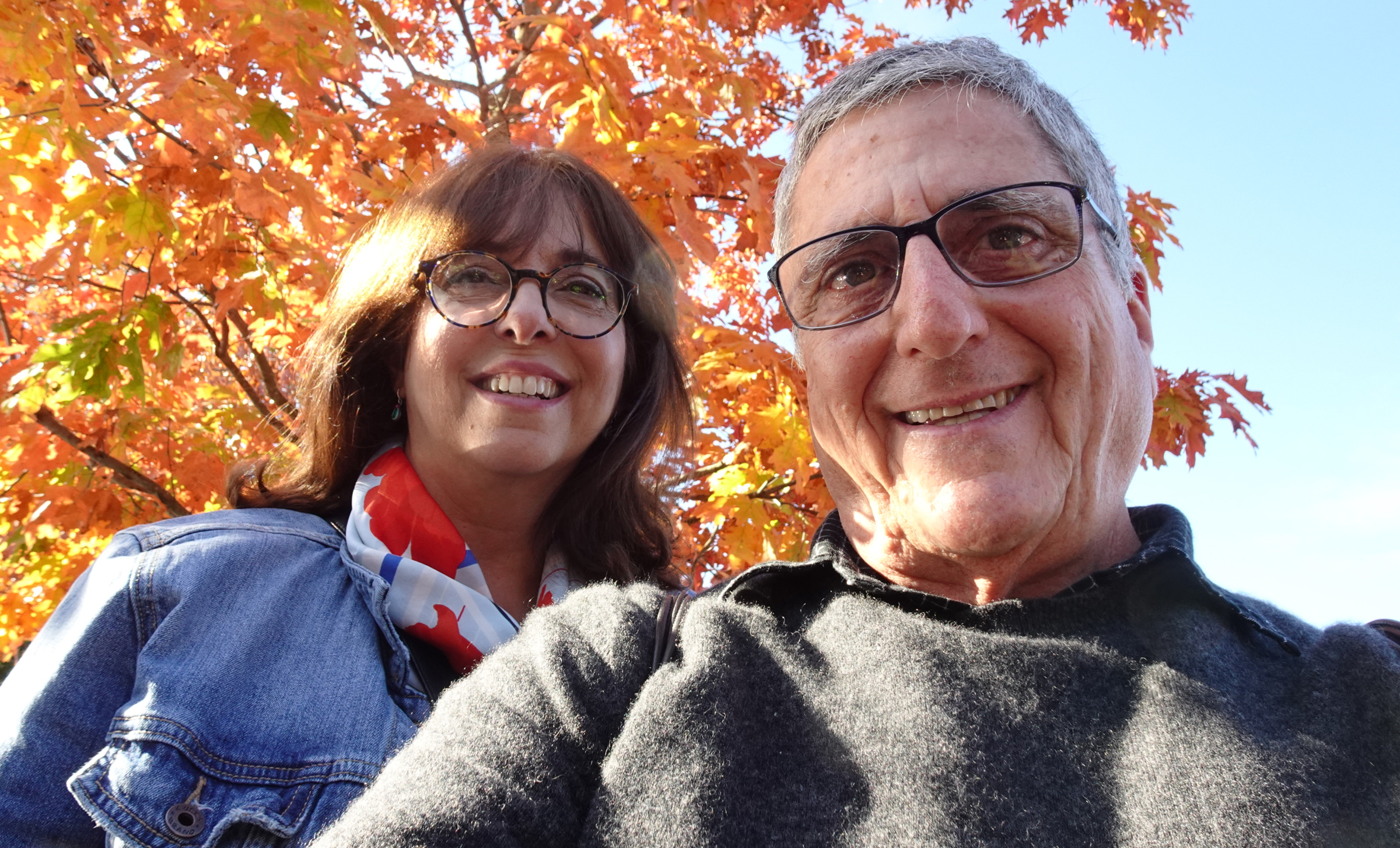 Meet Dulce Gierson: 3rd Place Winner, Do It For the Gram

Dulce Gierson is our “Do It For the Gram” 3rd place contest winner. She is a grandmother like no other and is lovingly called “Grammy” by her 18-month-old granddaughter Emma. Despite losing her husband Jeff to COVID-19 last year, Mrs. Gierson has remained a strong foundation for her family. Read on to learn about Dulce.

In the wee hours of Saturday morning, Dulce is literally up and running.

“At 4:30 a.m. I’m up and out the door,” said Dulce. “Before the sun rises early in the morning I’m training with a group of runners. After that, it depends on how much I run and how much energy is left to do the things I like to do.”

Dulce currently lives in Miami, Fla. and as recently as February of this year, competed in her first half-marathon in memory of Jeff, her husband of 39 years.

“I was so impressed when she ran her first half-marathon and now she’s training for a full marathon,” said her son Matthew. “She does crazy things and I’m proud of her for being my mom.”

But this isn’t Dulce’s first time on the run.

It was after one particular 5K race where she and Jeff met a much older man who was using the race they just finished merely as a warmup. He was headed to either New York or Boston to run his fifth marathon.

Little did she know, Dulce was pregnant with Matthew. It soon became difficult to run and when she could, it was only sporadic every once in a while.

After losing Jeff to COVID-19 this past year, running has now taken on a new meaning in her life.

“After my husband's passing it just became something that I needed to pick up because it helped with the anxiety and the stress, so it was very helpful to me.” said Dulce. “It’s funny because recently I went through one of my husband’s drawers and I found the watch. He still had it.”

When life became overwhelming, Dulce said she found relief in being able to put one foot in front of the other and also remembering the times when her husband was there as her biggest motivator.

“Even from the hospital he would tell me to go run,” she said.

All of these reasons and more led her son Matthew to nominate her for Aura’s “Do It For the Gram” contest.

“I nominated my mom because she fit the part,” said Matthew. “When I came across the contest I was like, ‘Wow, this was written for her.’ I couldn’t think of a better person to nominate.”

But Dulce was an inspiration to Matthew long before the contest.

“With everything that happened this past year and even before that, she’s just always been a strong woman,” said Matthew. “She’s always been someone that I look up to and I had a lot of confidence that we would win — and lo and behold she did.”

Matthew said what’s most inspiring is Dulce’s devotion to training and pushing herself to run a half-marathon and soon a full marathon, a feat worthy of admiration and definitely worthy of a nomination for “Do It for the Gram.”

“I've ran before and it’s hard to do,” said Matthew. “She started training and she’s been so devoted to it and I was so impressed when she ran her first half-marathon. It was incredible and I couldn’t believe it. It’s crazy and I’m proud of her for being my mom.”

Dulce has two children, her firstborn Matthew and a daughter Jenny who currently lives in New York. She is a grandma to her dog Hammy and most proudly is “Grammy” to her 18-month-old granddaughter Emma.

“Emma is very special,” said Dulce. “I remember when they gave me the news that we were grandparents-to-be. It was Christmas. I started screaming.”

Dulce said that she always knew she wanted to be a mother and was very hands-on with her children, teaching them to be independent and to always look on the bright side.

“I only want happiness for them,” she said. “Right now there’s a lot of turmoil and uncertainty and you have to find your silver lining. Positive things happen to those who look at things positively.”

Now that she is a grandmother, Dulce describes being “Grammy” as a different kind of love that she has never experienced before.

“Your children are special but your grandchild is even more special,” Dulce laughed. “You see them at a different stage in your life. You’re not as strict and not putting your foot down as much.”

Dulce said that Matthew is actually the strict one. Seeing him blossom into an adult and then a dad has been one of the best rewards from her motherhood journey which started off a bit unsure.

“The day after I gave birth and the doctor said, ‘You can go home,’ I started balling,” said Dulce. “I wasn’t sure what to do.”

However, Matthew turned out to be very even-tempered and what she describes as an “easy baby,” who made her life better.

“Matt is a funny individual,” said Dulce. “He was nonchalant with school and I was looking over his homework and making sure he was on track and going to college. Once he got to college, and then grad school, it was a little hard and I cried but I was thrilled he got to go have the full college experience. I knew that was the beginning of him moving out and moving on.”

Dulce said that Matthew reminds her a lot of Jeff who was very family-oriented and always making a friend out of a stranger.

“He was an incredibly wonderful father and very loving,” said Dulce. “I was 19 when I met him and he was 26. He told me he was going to marry me two weeks after we met and we got married 10 months later.”

They balanced each other out. She is analytical and hesitant. He was more spontaneous.

“He had cancer and was doing well with his treatment,” said Dulce. “But because of COVID, no matter how much we protected him, it found him. It was difficult. It was very hard and is still fresh.”

One of her most fond memories includes a family trip to Disney World before the pandemic. Jeff was still battling cancer at the time, and ever the spontaneous one, nudged Dulce about going on the vacation despite her hesitations.

“Emma was born in August of 2019 and we wanted to take her to Disney World,” said Dulce. “My husband was ill. I was concerned about work and was hesitant, and my husband said, “Don’t wait. You don’t know what the future holds!’ We had a great time and I just treasure that time so much. We had so much fun on that trip.”

Memories like these help keep Dulce moving forward. Today, she isn’t hesitating and is dedicated to living a life with no regrets. In addition to training for her next marathon, Dulce is also preparing for her next adventure — a solo road trip up the Eastern Seaboard, ending in New York.

Her running continues to keep her grounded in both the past and present, while constantly propelling her forward into the future.

“Some do it sooner, but better late than never,” said Dulce. “I’m happy I got this far. I look up to my husband, I say ‘Give me the strength.’”

As our third-place winner, Dulce will receive six Carver frames for the family. Learn more about our “Do It For the Gram” contest winners here.