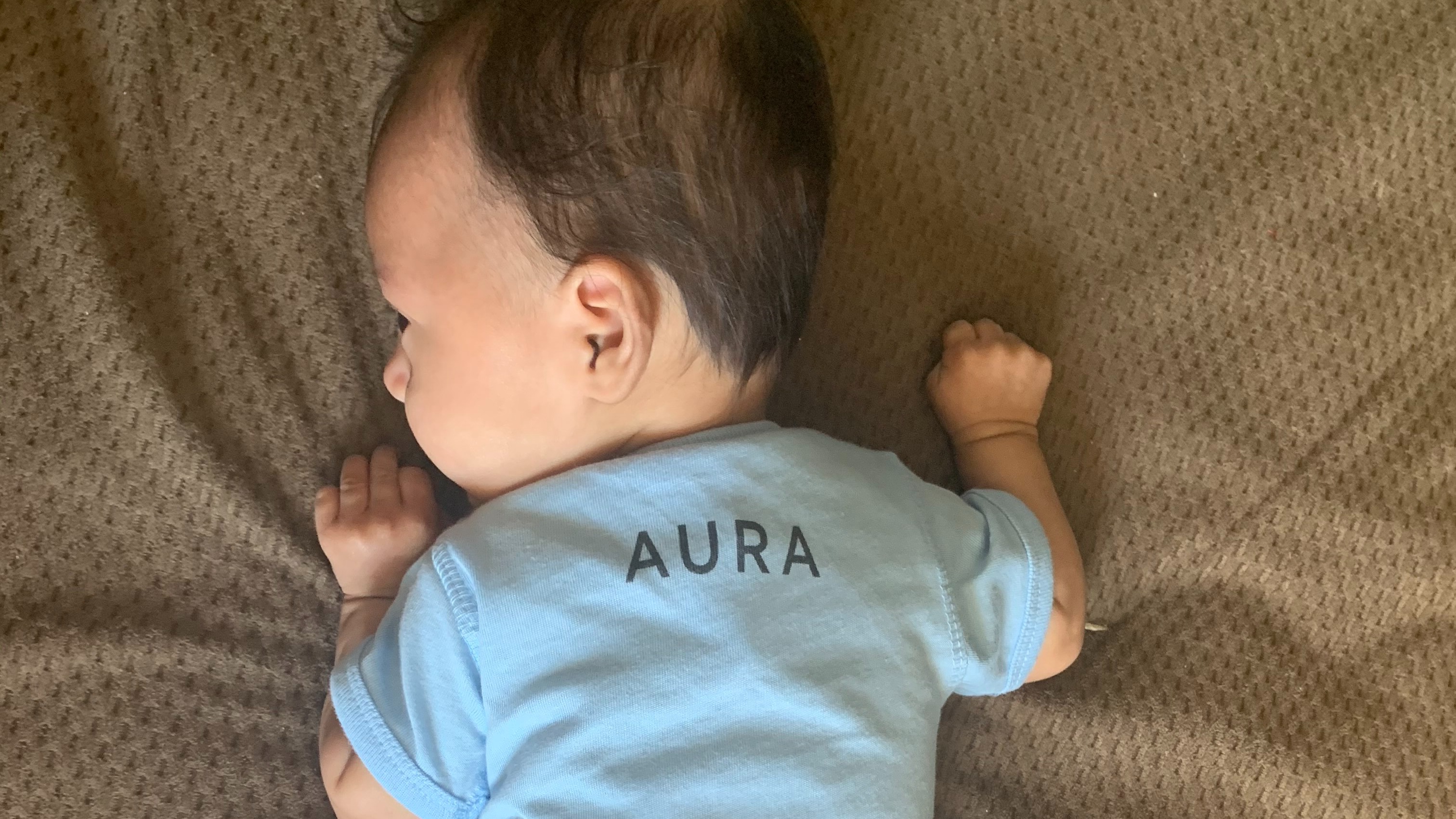 What’s in a Baby Name?

Nicole Lee Warren knew from the moment she saw the name Aura, that it was going to be the name of the baby girl she was carrying.

On a regular trip to Sam’s Club in her hometown in Florida, Nicole passed by an Aura display of Mason frames in both Graphite and White Quartz.

"I saw Aura and thought it would be a cool girl name."

“When we were walking in they had all the electronics in the front,” said Nicole. “I saw ‘Aura’ and thought it would be a cool girl name.”

Nicole was about seven months pregnant at the time and still trying to decide on the perfect baby name. She said that she had been called to things that started with an ‘A’ and was already considering the name “Aurora” as a top contender.

“I definitely went back and forth between the two for a while,” said Nicole. “I’m also a big fan of a movie called ‘Eragon.’ The whole movie is about a dragon and a boy, and I loved the dragon’s name Saphira.”

Although baby naming can be a strenuous process, Nicole had help from her family when making the final decision.

“My family is kind of spiritual, so on the other side the ‘Aura’ name made it special,” said Nicole. “Plus, we both now have the same middle name ‘Lee’ because my dad named me after Bruce Lee. I passed down my middle name so she could have a connection to me.”

Aura Lee Warren is now three months old and according to Nicole, she loves screens.

“She’s really silly,” said Nicole. “She’s pretty demanding when she wants something. She grunts and everything.”

Nicole said that Aura is already trying to talk and smiles often. She loves her grandparents and they’re currently trying to get her to giggle.

As a first-time mom, Nicole is currently capturing monthly growth pictures of Aura in her new Mason frame.

“I got the Mason frame in White Quartz because it fits in with a lot of the stuff I have at home,” said Nicole. “My desk and dresser are all white so it works. Right now, it's in our living room and dining room area so we can all look at it out there.”

Nicole’s Mason frame is currently getting a lot of use from everyone in her family, especially her three nieces ages three, five, and seven.

“My sister connected to the app so she can also add pictures that she’s taken of my nieces for certain milestones, growth measurements, holidays and events,” said Nicole. “I’ve also been super into photography my whole life.”

In addition to pursuing her passion for photography, and being a new first-time mom, Nicole is currently completing her bachelor’s degree in Information Technology. But her current role as family photographer has kept her very busy. Aura even has her own Instagram page @thelightofaura that Nicole runs with some of her latest snaps and candid moments.

“We have some pictures I still have to upload to the frame from our Easter egg hunt at the park and I also have birthday pictures where I bring my studio set-up with me,” said Nicole.

“I love taking pictures of my nieces, family outings, different landscapes, trees and stuff like that—also lots of selfies.”