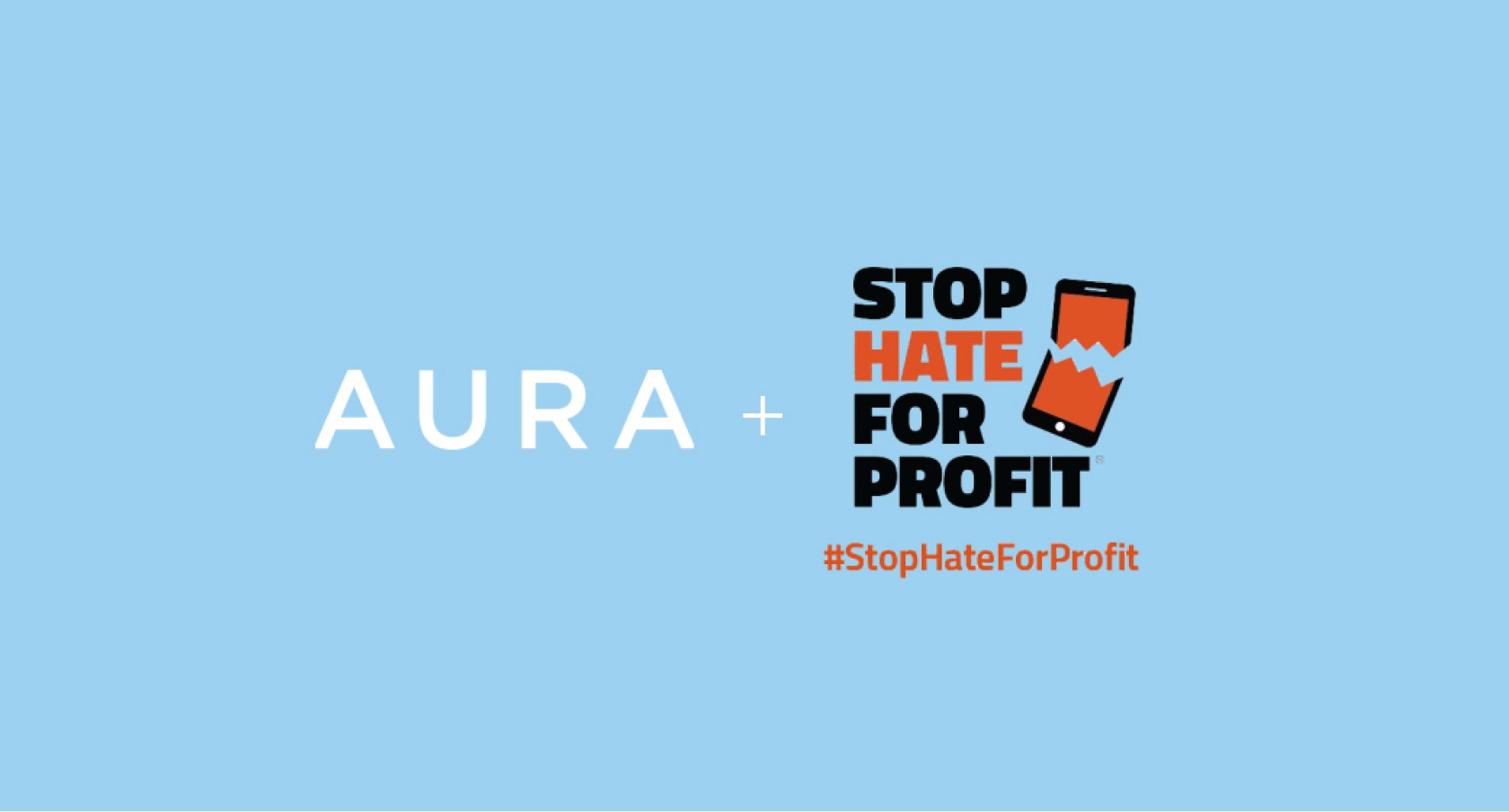 Aura believes that standing up for what’s right today will make a better tomorrow. This is why we’ve joined the #StopHateForProfit Campaign, a movement that calls on Facebook to change its policies to put an end to racist, antisemitic, and other hateful content on its platforms, in addition to the spread of misinformation.

As part of the campaign, we’re pausing all paid ads on Facebook and Instagram for the month of July. By pulling our ad spend, we aim to join a growing movement of brands and people that are placing pressure on Facebook to take swift, significant, and actionable steps to prevent hate speech and misinformation from proliferating on its platforms.

Aura will also redirect 10% of our July ad budget to First Draft, a non-profit organization committed to empowering societies with accurate information in critical moments, and the Southern Poverty Law Center, a legal advocacy organization that monitors and exposes hate groups while seeking justice for the most vulnerable members of our society.

We want to thank the NAACP, the Color of Change, the Anti-Defamation League, and other organizers for creating the #StopHateForProfit Campaign. We are proud to be a part of this effort. We can only create safe communities both online and in-person when we work together.